Why Outsource to Philippines? 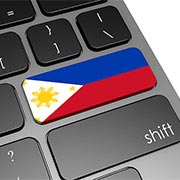 Today, Philippines is one of the leading countries in the business process outsourcing market, both in the call center services and non-voice field. To add to that, it is also one of the emerging outsourcing destinations for IT services such as web design, mobile app development, software maintenance, etc. Employment in the BPO sector in Philippines hit an all-time high in 2015 with 1.15 million employees, and continued its upward trajectory with 1.3 million total jobs created in 2016, a number expected to increase 17% annually.

As a result, although many companies still look at India as the obvious choice when it comes to outsourcing business processes, but with the rapidly increasing costs and falling retention rates in India, many are realizing the benefits of outsourcing to Philippines. With revenues set to reach a staggering $48 billion by 2020, Philippines is fast announcing itself as the new heir to the outsourcing crown.

8 Key Benefits of Outsourcing to Philippines

The concept of outsourcing has been around for about 2 decades now, but Philippines has only recently emerged as a suitable outsourcing destination. A lot of it can be attributed to the favorable political landscape which has allowed the industry to thrive, as well as a dedicated and hardworking workforce. Here are some of the key benefits and reasons to outsource to the Philippines:

Being an economically weak country in the past, job opportunities were difficult to come by for Filipino citizens. But, with the growth of the outsourcing industry a lot of people were able to get jobs and improve the standard of living in the country. The multi-talented workforce available is capable of providing services in a variety of fields. Some of the popular services which are outsourced to Philippines include:

Future of the Philippine Outsourcing Industry

After India and China, Philippines is increasingly emerging as the next most preferred outsourcing destination for many companies. Strong work ethics, state-of-the-art infrastructure, and a large pool of talented resources are some of the strong factors helping the country grow in the outsourcing industry.

With the average yearly growth of the BPO industry has been about 20%, it is estimated that the revenue generated will grow from being $18 billion in 2014 to about $25 billion in 2016 and reach over $55 billion by 2020. The industry boom will contribute in generating millions of jobs for new and talented graduates and help them lead a better life.

Make Philippines your Next Outsourcing Destination!

With a booming outsourcing industry in the Philippines, more and more businesses are choosing this country to outsource their business processes. Flatworld Solutions has a state-of-the-art global delivery center located in the heart of the Philippines Outsourcing capital, and provides services such as Data Entry, Medical Transcription, Call centers, Animation, Software Development, etc. for clients throughout the globe.

We have been in this industry for about 18 years now and provide services at very competitive prices and within a quick turnaround time. If you are looking to outsource to Philippines, feel free to get in touch with us and we will be more than happy to serve you.

The growth of Philippines economy is directly related to how the BPO industry has managed to make its presence felt in the island country.