What is Augmented Reality and How Can it Help Designers and Engineers? 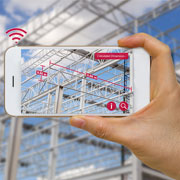 Augmented reality (AR) is one of the hottest technological trends making waves in the software industry. This technology has received maximum attention and focus with the release of optical, head-mounted displays and products such as Google Glass. Augmented reality is a technology that utilizes recognition algorithms based on computer vision to augment graphics, sound, video, and other sensor-based inputs over the real-world objects, using the camera of the user's device. It is a great way to incorporate virtual elements into the user's real world environment.

Augmented reality is a fast growing technology. The AR headset sales were projected to reach $1.2 billion by the end of 2017 and the AR market is estimated to be worth $90 billion by the year 2020. AR helps users to experience a completely different, interactive world, which is a combination of the real and virtual world, created by superimposing virtual information in the user's field of view. This technology is not just limited to computers and mobile phones, but can also be used with various other devices, which lets the user experience a new augmented world. 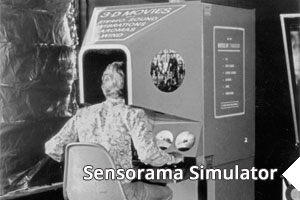 The history of AR can be traced back to the 1950s and 60s, when a filmmaker, Morton Heilig created the first patented device called "Sensorama Simulator". This device provided users with a view of the streets of Brooklyn and a feeling as if they were riding a motorcycle down those streets. It used visual images, scents, fans, sounds, and even vibrations of the bike to provide the user with a real sensation of riding a bike. Sadly, he was unable to get the necessary financial backing and couldn't take his experimental project forward. 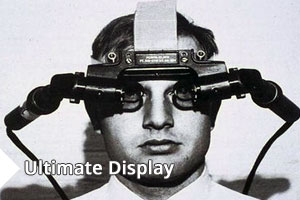 However, in the year 1968, a Harvard professor, Ivan Sutherland, came up with the world's first head mounted AR device. Named as the "Ultimate Display", this device would display a simple wireframe room shown through a head mounted binocular. The user's perspective of the room would change depending on the head and vision tracking.

After the early developments, the real work in the field of AR only sped up in the late 90s and 2000s. Major tech companies started showing interest and exploring this technology and have now come out with products to support them. In 2013 Google came up with its new device, Google Glass, which is a head-mounted display and resembles a pair of glasses. This was followed by Microsoft's HoloLens, which is an AR headset that merges computer images with the real world around you.

How Can AR Help Designers and Engineers?

Industries & Verticals Which Can Benefit from Augmented Reality

With the increase in the AR usage, the revenue of the AR market is all set to break its records. With billions of dollars being invested by major tech giants, this technology is surely going to change the way different industries operate. Some of the industries which can greatly benefit from AR include -

With the popularity of AR devices and content increasing with every passing day, the number of users for this technology is bound to grow exponentially. There are numerous software that support the development of various AR applications. Some of the most popular software that help developers to create useful augmented reality applications include -

At Flatworld Solutions, we have a vast industry experience of serving global clients. Being in the industry for over 18 years, we have the infrastructure and resources to provide world class engineering services. In our efforts to help our clients reap maximum business benefits by partnering with us, we ensure that all our services are highly efficient and extremely affordable. Besides, we have a team of well-trained and highly experienced engineers who are capable of leveraging the latest tools and technology to provide you with the best possible engineering solutions. We understand very well how the latest technologies such as AR in engineering and AR in designing can be utilized and help companies to reap the benefits.

Have specific requirements? Email us at: engineering.info@flatworldsolutions.com